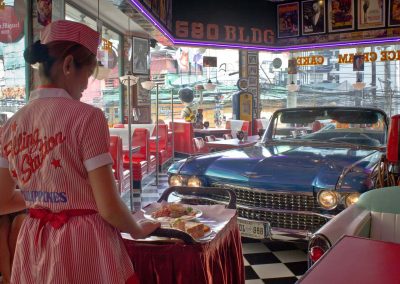 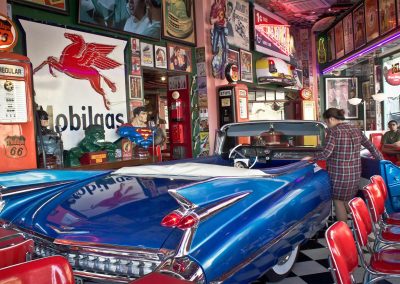 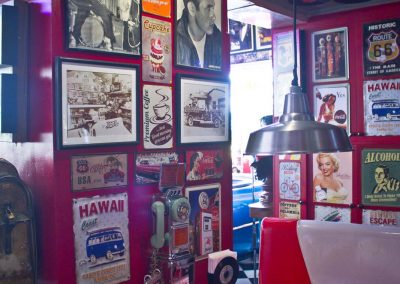 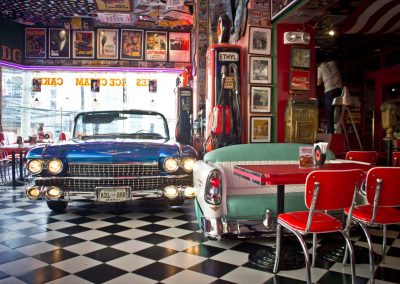 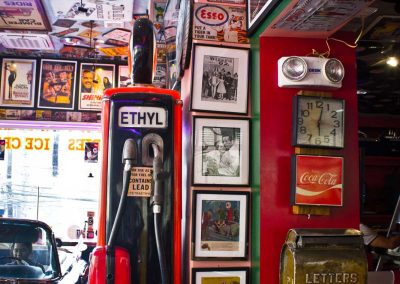 Filling Station. The name seems to refer to a gas station but it actually refers to the latest 50’s type diner in Makati.

The restaurant is the brainchild of an ex-US navy chief cook who decided not to move back to the US when the base contract was not renewed. He resolved to put up a place similar to the diners in the fifties in the States complete with posters from that era, oil barrel bar, 50’s type working telephones, 50’s type television sets and movies. The place serves aside the usual burgers & fries and shakes, continental dishes such as steaks, schnitzels pizza and pasta. Dishes were named after cars and oil companies to give the place the ambiance of a real filling station like Ford for fish & chips, and Chevron for chef’s salad. Filipino specialties and all-time favorites like canton, crispy , barbecues, Filipino platters and specialties of Spain are also available.

But it didn’t stop there, late in 1997, with the company’s continuing pursuit to improve the quality of food, service and facilities, Filling Station was able to expand from twelve tables initially, to a 38 table cafe complete with seven billard tables including VIP room (also known as Marilyn’s room). A bigger oil barrel was also constructed to accommodate and better serve the patrons.

So whenever you want to relax and enjoy a friendly game of pool or when the day calls for a filling meal, PLAY, DRAIN, and REFILL at FILLING STATION.